Salita Promotions was founded in 2010 by Dmitriy Salita, a professional boxer and world-title challenger who saw the need for a promotional entity to feature boxing’s best young prospects and established contenders in North America and worldwide. Viewers watching fighters on worldwide television networks including Showtime, Spike TV, ESPN,Universal Sports Network and MSG have enjoyed Salita Promotions fight action in recent years. We pride ourselves on offering our fighters opportunities inside and outside the ring. Salita Promotions looks forward to continuing to grow and serve the needs of fight fans around the globe. 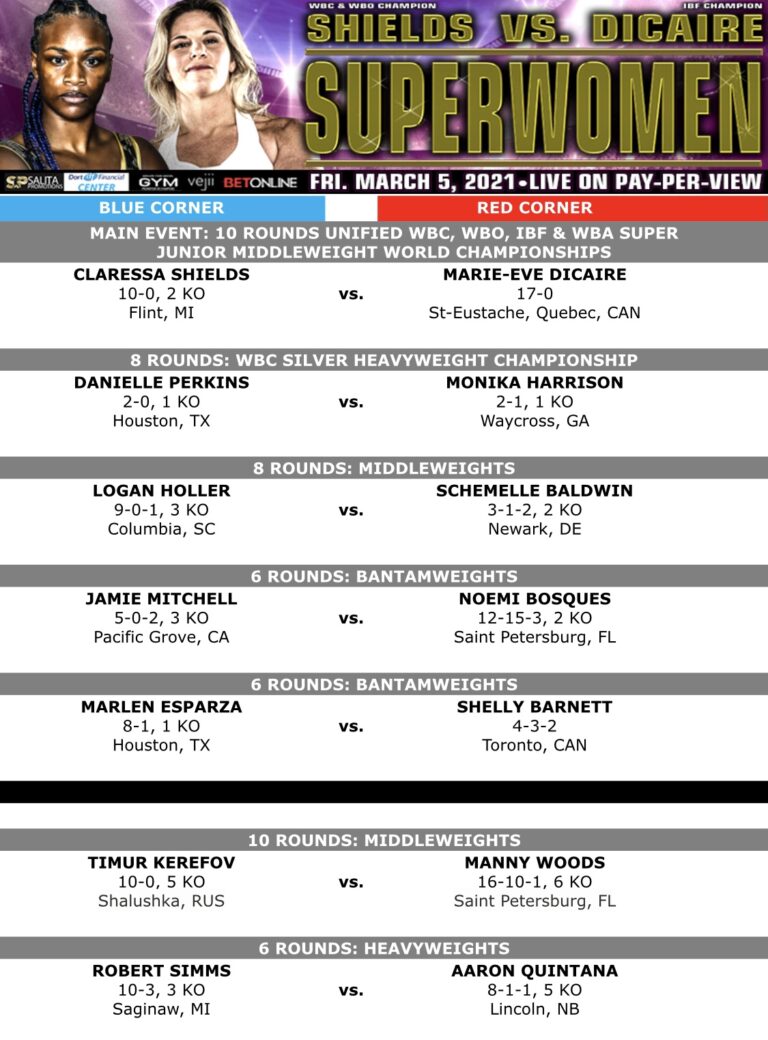 Tune in LIVE on Friday 3/5 for a fierce display of female boxing talent from Flint, Michigan. This boxing event celebrates the International Women’s Day and all the fighters on the PPV card are women.
Times: 9PM EST | 8PM CST | 6PM PST.
Tickets on sale NOW!!